The JForce Library Framework is a Joomla! library package that you can install under Joomla Installer.
This library contains all the common functions and language strings that the JoomlaForce extensions use.

Indice nascondi
1. Why we have developed this ?
2. The Problem ?
3. Installation
4. Download

Why we have developed this ?

One of the reasons due to the creation of this library was to have a well-structured code, non-repetitive, easily recalled by our extensions to better use and and easy to update.
But the main reason was to use the library jQuery in the best conditions, and ensure that joomla loads jQuery only when necessary. For example with Joomla3+ is no longer necessary to retrieve because it contains in its interior.

Problems of compatibilities, not only with MooTools but with the multitude of templates, components or modules which try to load their own versions of the library and the most needed jQuery.noConflict().
How can I make all of them work together seamlessly, while other templates, modules, components and/or Joomla! itself (starting version 3) may load jQuery for themselves?

So we have adopted the expert solution thanks to this tutorial given by the developer of the plugin jQueryEasy. In fact, according to the latest updates and according to experts, as also discusse with Olivier Buisard of SimplifyYourWeb ifall developers to adopt this system would avoid conflicts that could arise depending of cases, and the world would be better.

As just mentioned, if everyone were using this methodology there would be noconflict, the sites should be faster, … but unfortunately this is not always the case.

In this case, we therefore recommend to rely on external plugins like jQueryEasy (FREE) considered popular in the Joomla! JED. This plugin is mean to help clean and resolve issues front and backend when using instances of jQuery along side the Mootools libraries. 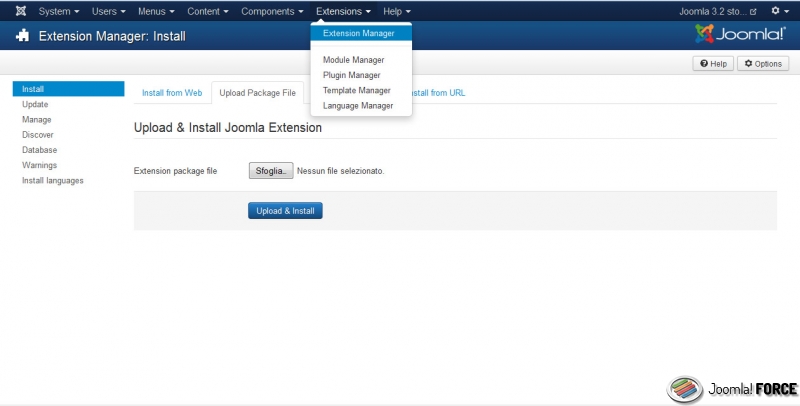 Browse to the location where you downloaded the package, select it. 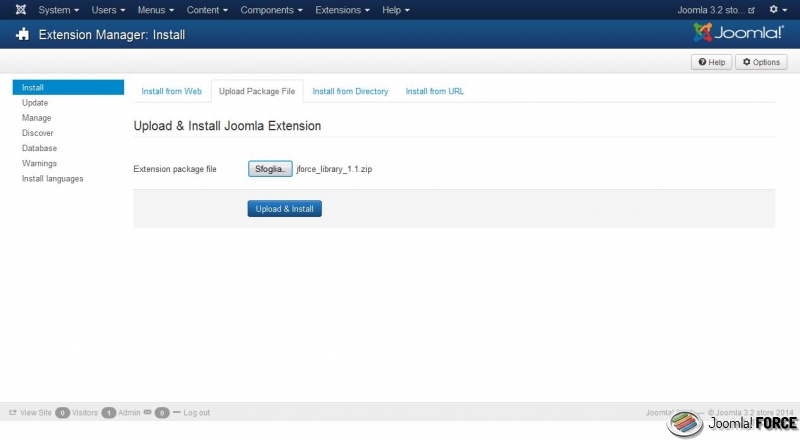 Click Upload File & Install.
If all are ok Joomla return the Message “Installing library was successful.” 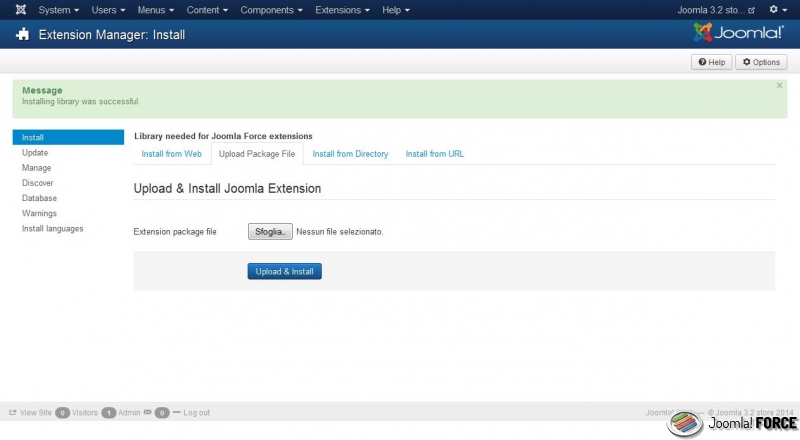 jforce_library_1.1.8
Instructions: Install this library before you install our extensions that require it.

Looking for support, read insights and guides on our extensions

close
close
Start typing to see products you are looking for.
We use cookies to improve your experience on our website. By browsing this website, you agree to our use of cookies.
More info Accept